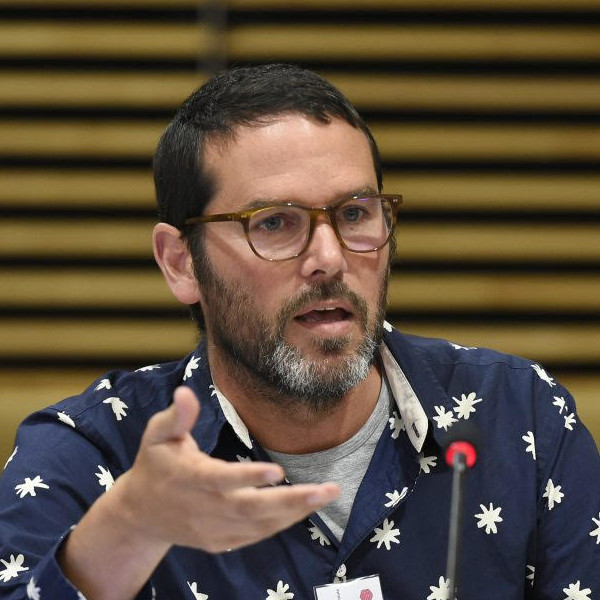 James Auger is an enseignant chercheur and directeur adjoint in the department of design at École normale supérieure Paris-Saclay. Between 2005 and 2015, he was part of the critically acclaimed Design Interactions department at the Royal College of Art (RCA), teaching on the MA programme and working on the development of critical and speculative approaches to design and technology, completing his PhD on the subject in 2012. After the RCA, James moved to Portugal to conduct research at the Madeira Interactive Technologies Institute (ITI), co-founding the Reconstrained Design Group with Julian Hanna and developing projects that explored the potential of the island as an experimental living laboratory through a combination of fictional, factual, and functional multi-scale energy-related proposals and projects. James is also a partner in the speculative design practice Auger-Loizeau, a collaboration founded in 2000. Auger-Loizeau projects have been published and exhibited internationally, including MoMA, New York; 21_21, Tokyo; The Science Museum, London; The National Museum of China, Beijing and Ars Electronica, Linz. Their work is in the permanent collection at MoMA.

This presentation is about designed objects, or more specifically “superlative objects” (Barthes, 2009, p.101) - objects of design that somehow achieve an elevated status. The central thesis is that by placing such a high cultural value on the object, the systems and resources behind its realization are largely allowed to be hidden from view, skipped over, taken for granted. This elision gives mainstream design an enormous advantage over alternative approaches, as all the available methods and means - global resources, neo-liberal labor practices, highly sophisticated manufacturing and marketing methods, intricate supply chains and the latest technological advances - can be exploited to achieve the celebrated end. How can more ethical or ecological design processes compete - when only the end product, the superlative object, is valued?

This presentation will explore how information is captured (interpreted), emotionalised (gossip), politicised (propaganda), fabricated (fake news) and pre-empted (prediction) with a particular focus on the role technology plays and could play in mediating these factors.

Design practice always happens under a particular set of forces, commonly known as constraints. These constraints may be straightforward and indisputable, such as a physical or material quality: the force of gravity, the tensile strength of a structural beam, or a financial budget, and provide tangible limits to be adhered to or challenged. Constraints, however, also exist in more abstract, systemic or hidden forms.