James Carlson is the creator of one of the first tiers-lieu of the world, Bucketworks. This year, he will come to tell us his story. Discover who is James before seing him face to face.

I’ve been called a “transdisciplinary entrepreneur and iconoclast,” which suits me fine. I don’t want to feel trapped by disciplinarity, yet I bring discipline and passion to my work.

After quitting high school at 16, I launched a technology company in the early years of the commercial internet. A first career deeply involved with technology and the acceleration of the enterprise gave me insight into the world of work and exposed me to a variety of international organizations and efforts. Working with these large multinationals depressed me, and finally I gave up this career to pursue something more in line with my values.

In 2002, I launched a collaborative space called Bucketworks in Milwaukee, Wisconsin. This was the beginning of my second career in community development and collaboration. (I’ll share more about Bucketworks in my talk at MiXit.) Choosing a work and a project that integrates my beliefs and values completely changed my life.

The success of Bucketworks, a model studied and emulated in many other cities, led me to create a nationwide network of collaborative spaces called the Space Federation, under the umbrella of a company called the School Factory. My intention was to reform and rebuild all of public education and public learning with a network of collaborative spaces, there in each community to enhance, augment, and possibly replace schools. Thanks to a grant from the U.S. Government we were able to write a book about how to create third places, called The Make-a-Space Kit. Through this work I had the chance to meet the team at the Centre Recherche Interdisciplinaires in Paris, who invited me to come to France and share the practices and methods we developed in the U.S. to build communities of hands-on learning and infuse the French system of learning with interdisciplinarity. Since 2016 I have lived in France and I am now creating a new tiers lieux called Bright City in Paris.

What will you present at MiXiT this year ?

I will share the story of Bucketworks, a collaborative space I created in Milwaukee, Wisconsin in 2002. We called it a “health club for the brain” as terms like “co-working” and “makerspace” had not been invented yet. It would not be until several years later that more spaces like Bucketworks began to appear in cities around the U.S., so we were real pioneers in this sense.

We created an enormous place which grew from 800m2 to 3500m2 with our success and the growth of our community. Bucketworks had a theatre, a cafe, a woodshop, an entrepreneur space, event spaces, a dance studio, meeting rooms, classrooms and many other environments full of the tools, materials, and people who wanted to make new things: anything from a business to a bookshelf! The members of the “health club for the brain” launched thousands of events, businesses, and works of art from the community. We learned more from how the community worked together than from the products it created, however, and it is about these values which I will speak at Mixit.

Could you explain in few lines what is a third place ?

A third place comes after home and work in our lives, and we use it to share and collaborate informally with others in our community. There are many varieties ranging from co-working to makerspaces to community kitchens and more. In France there are 1,800 third places at present, with more and more being formed each month. While each is unique, they share common values of collaboration, sharing, informality, and access to shared tools, infrastructure, or materials.

Do you remember of a specific difficulty and a good surprise when you built your first third place ?

Our building was destroyed, twice, by floods! This was a major challenge and nothing we expected or could have prepared for. But it showed us how resilient community can be, because we rebuilt and moved on! Good surprises were so common I could scarcely count them, but one story in particular is of when we received a donation of 50,000 wooden crutches that were mis-labeled and destined to be thrown away. We used the wood to make furniture!

You have another project which animates you a lot today, can you tell us more about it ? 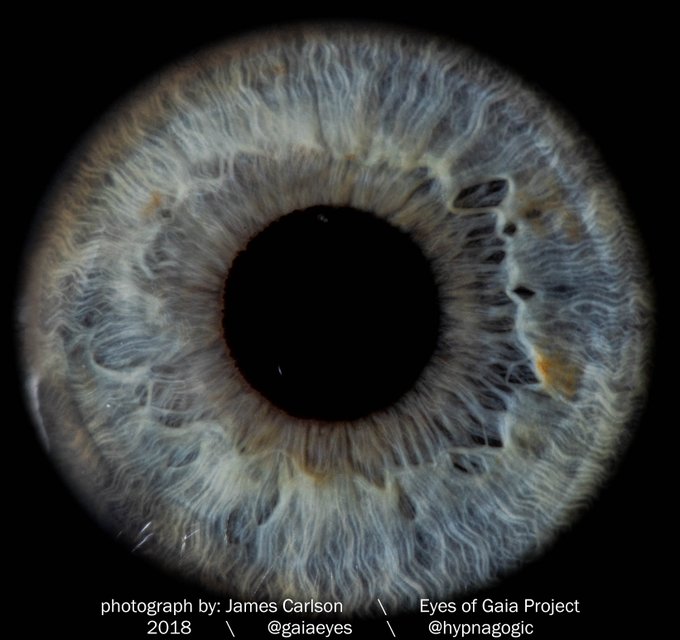 Shortly after creating Bucketworks I experienced a kind of personal renaissance and began to express myself artistically. Through a series of dreams I was inspired to create an image of the world using photographs of the irises of 10,000 people. Each iris is then matched to the place on the Earth’s surface to which it most closely corresponds, by an artificial intelligence I am creating for this purpose. Thus the images of irises come to form a mosaic of the planet, which will exhibit in planetariums and other projection environments starting in 2020. I am happy to take photographs of the eyes of MiXIT participants during the conference!

You will have a booth during MiXiT 2019, how do you usually proceed ?

Anyone who wants to participate in Eyes of Gaia can come to my booth; the process of contributing eyes is brief and of course painless. The photography takes 1-2 minutes, and then we will look at the results together and discuss. Most people have never seen their own eyes at this scale, so it’s quite revealing and surprising! I am particularly interested in anyone who believes they have green eyes, because after taking more than 7,400 photographs of eyes I have never found a single one that is truly green!

What do you answer to people afraid by the fact that their eye print will be online ?

As a technology expert I take privacy very seriously. Each image is shared online only as an iris, and with no link to any identifying information. Each eye is given a unique number so that the participants can find their eyes later. I also subtly alter each image of the eye in a way that cannot be seen, but which prevents it from being used.

Finally, most recognition systems expect an eye to be inside of a face, and since these images are just circles of color floating over blackness, they are useless for identification purposes.

What are your project(s) right now ?

Right now I am writing a book about the experience of creating Bucketworks, creating a mosaic of the world with 10,000 eyes, and developing a new third place in Paris called Bright City. We have 1,200m2 to fill with creatives, artists, and people who want to change the world and make it a better place for everyone. Come and visit the next time you are in Paris!