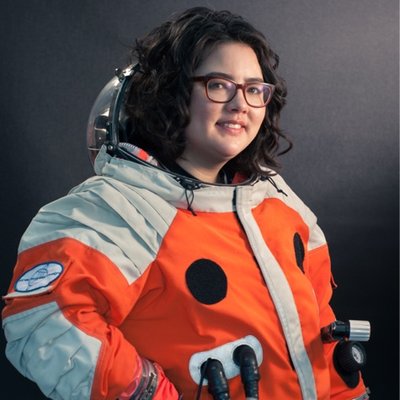 The emerging field of soft robotics represents an opportunity for novel solutions in the demanding environment of space. This talk will feature a brief overview of the domain of soft robotics, its suitability to space exploration applications, and a survey of NASA funded projects involving soft and/or hybrid robotics. There will also be discussion of the interpretation of next-generation space suits as wearable soft robots, and the exciting potential mechanical counter-pressure presents.

Ms. Kari Love is a soft roboticist for Super-Releaser, a Brooklyn-based R&D consultancy. With Final Frontier Design, a commercial space suit company, from 2013-2016 as Lead Patternmaker and Fabricator, Ms. Love worked as a technical expert on 5 NASA contracts. Ms. Love developed costumes for Broadway for more than a decade, including her Spider-Man:Turn Off The Dark costume which was inducted into the Smithsonian collection, and has built puppet costumes at The Jim Henson Company.