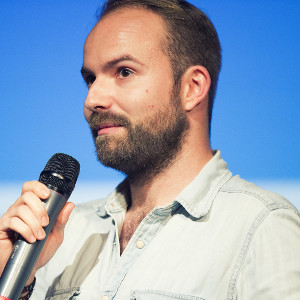 The dark ages of IoT

Advertisements suggest that we are at the zenith of mankind's scientific knowledge and technological power, but when it comes to IoT and the so-called 'Smart Home', we are clearly not. In fact, we are in the middle of the dark age.

I'll explain the challenges that we're facing today (from an implementors perspective), what's 'wrong' with our current products & show you how a smart 'Smart Home' experience could look like in the near future.

If people buy "Smart Home" systems today, disappointment isn't far off. In fact, I haven't met a single person who is satisfied with their Smart Home installations & gadgets. Most of the time it is because they aren't smart at all. The interaction with the user is terrible, the systems are flawed & pulling out your smartphone to adjust turn on your living room lights feels more like a step back.

Yet, there are reasons why vendors weren't been able to solve the problems of this fairly young technologies. And it´s not because vendors don't see the needs of the users (mostly). I´ll explain (with code, examples & hardware demos), where we are today, what problems are still waiting to be solved and how modern (so-called) artificial intelligence (don't like that term) used to solve the biggest problem of all: The human <-> computer interface.

Note: Code examples will be in JavaScript (NodeJS)

Pitch (Anything else you want us to know about you or your talk?)

I´ve been working in the field of IoT (to be precise in the field of Smart Home systems - see *1) for over 6 years now. The landscape changed a lot in those 6 years, but a lot of problems we encountered early on haven't been solved until today. Not from us. Not from other vendors. And there are reasons why they still persist, so I´ll explain those problems (mostly user interaction, a few technical difficulties as well), and how we´re (as in all implementors, not only the company I´m working for) trying to solve them with upcoming technologies.

Note: This will not be a product pitch of any sort, I´ll only use Open Source technologies to explain the system & will mention the product I´m working on max. 1 or 2 times to illustrate problems device vendors have to solve.

What will the audience learn from it

Who is this presentation for?

For everyone who wants to...

...understand why the current state of Smart Home systems is so displeasing.

...how the future of those systems could look like & which technologies it´ll be driven by.

Sebastian works as a “Specialist Senior Manager Software Developer” at Deutsche Telekom, after some time developing backend applications with Java and PHP he became a citizen of the JavaScript world. Recently he´s getting his hands dirty with Python and Rust. For the last six years Sebastian tries to improve our lives, working on Deutsche Telekoms Smart Home platform Qivicon.

Famous last words: “If I would’ve wanted to work in ‘Enterprise’, I’d have joined Starfleet…”