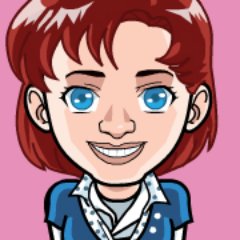 NULL in SQL is a pretty tricky concept. Wether you think you know it all or you admit that you could learn some things about it, come see this talk!

After some explanations, this session will turn into a crazy quiz and I challenge you to achieve a faultless performance!

Of course, you know everything you need to know about NULL in SQL! Well, are you sure ?

NULL and three-valued logic are often misunderstood and can induce poor written queries, wrong written queries (when the result is not as expected) and a lot of time lost trying to figure out what your missing colleague wanted to do with such a tricky and bad-twisted SQL code.

After defining NULL and UNKNOWN (and you'll see that it's not so simple), we'll go through different use cases where 3-valued is used, what pit you don't want to fall into and how you can improve query writing, now that you fully understand what's behind NULL in SQL. The queries will be run under PostgreSQL, as it is the most SQL-compliant RDBMS.

Lætitia Avrot is Field CTO for EDB in France. She began working with PostgreSQL in 2007. She also had to learn Oracle and SQL Server at the same time. She had a lot of exciting experiences with high availability, production crashes, disaster recovery plan, load balancing, spatial data... She’s involved with the community as she is a former Code of Conduct Committee member for the PostgreSQL community, she is elected PostgreSQL Europe treasurer and member of the board of directors, she co-founded Postgres Women, and she's a recognized PostgreSQL project contributor.